Since its advent near the end of the 20th century, Etch-A-Sketch Art has become known as A Quintessential American Art Form, where the medium truly is the message – See Etch-A-Sketch Art Movement. Jeff Gagliardi is one of the original pioneers of this offbeat movement and one of the best known of the Etch-A-Sketch artists. His objective has been to create works that one wouldn’t expect to see on a child’s toy, like a reproduction of a Renaissance master’s work. In pushing the limits of the Etch-A-Sketch — such as creating works that hang vertically (you have to draw it sideways) or use lines that seem not to connect — the result is a totally familiar subject, but with an element of disbelief. A good example is Picasso’s Guernica Revisited. Presenting Picasso’s great masterpiece in this medium not only reaches a new audience, but it is also disconcerting to see an act of heinous inhumanity depicted on a child’s toy.

Jeff’s Etch-A-Sketch Art has been displayed at the Denver Art Museum and the Berkshire Museum in Massachusetts, as well as galleries around the country. He’s been a guest on numerous ABC and NBC news shows including Good Morning America, and his Etch-A-Sketch work has appeared in many publications including People Magazine, The USA Today, Omni Magazine and Ripley’s Believe It Or Not. He lives with his wife Nanci near Boulder, Colorado. 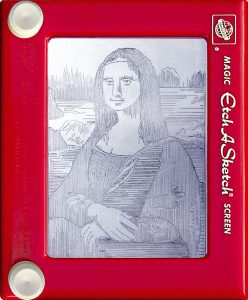 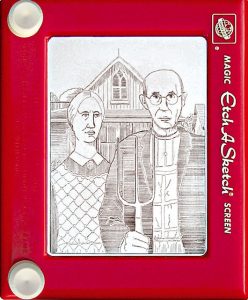 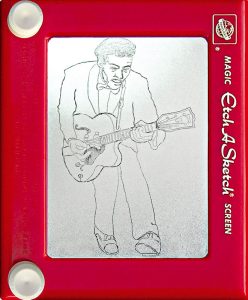 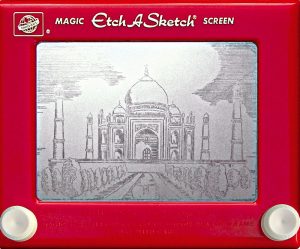 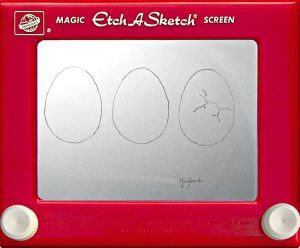 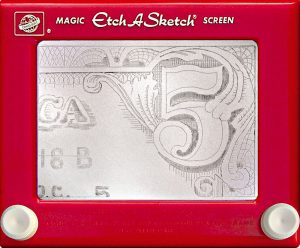 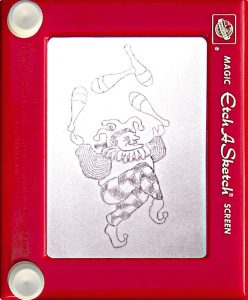 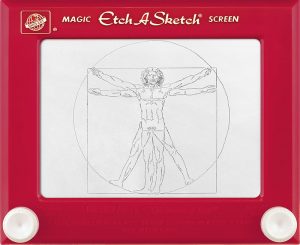 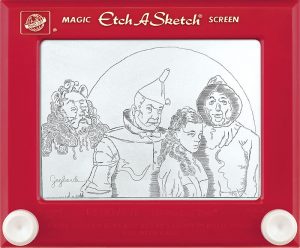 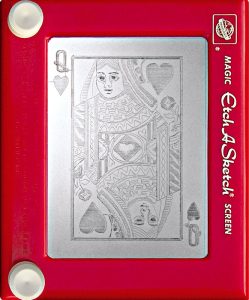 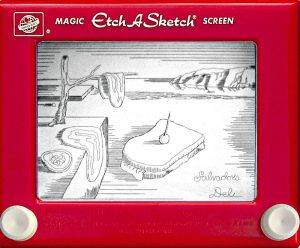 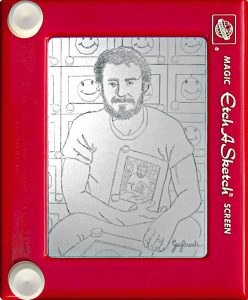 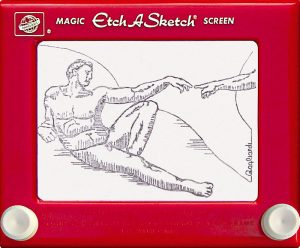